Utility and Utopia: Architecture and Urbanization in Postwar North Korea 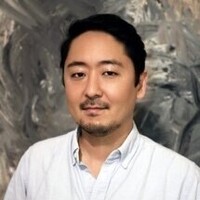 The rebirth of North Korea after the Korean War—centered on state authority and work culture—was distinctly represented by architecture. In the postwar setting, architecture was divided into two interconnected types: monumental structures symbolizing the utopian vision of the state and vernacular structures instrumental to the regime of production in which the apartment was an exemplary form. I make three claims: first, North Korea's monumental and vernacular architectural forms each embody both utopian and utilitarian features; second, the multiplicity of meaning exhibited in each architectural form is connected to the transnational process of bureaucratic expansion and industrial developmentalism; and third, North Korea’s postwar architectural history is a lens through which state socialism of the twentieth century can be better understood—not as an exceptional moment but as a constituent of globalized modernity, a historical formation dependent on the collusive expansion of state power and industrial production.

Cheehyung Harrison Kim is an associate professor in the Department of History at the University of Hawai‘i at Mānoa. His research and teaching focus on socialism, labor, industrialism, everyday life, and urbanism in the context of North Korea and East Asia. He is the author of Heroes and Toilers: Work as Life in Postwar North Korea, 1953-1961, published by Columbia University Press in 2018.