Join Dartmouth alumni panelists for a conversation on careers in international security and public policy. Moderated by Benjamin Valentino. 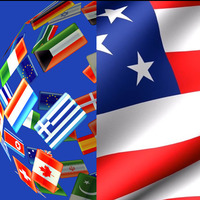 Our Dartmouth alumni panelists include:

Hassan Hassen has made a personal commitment to serving his community and views his work as a driving force in his life. In the summer of 2020, Hassen commissioned as an Economic Officer in the U.S. Foreign Service which allowed him to combine his interests in economics and the social sciences. Prior to joining the Foreign Service, Hassen worked at Morgan Stanley in Seattle, Washington, the Bureau of Counterterrorism in Washington D.C. and the U.S. Embassy in the Dominican Republic. Currently, Hassen works at the U.S. Consulate General in Monterrey, Mexico as an American Citizen Services Officer.

In December 2018, Mike Kennealy was sworn in as the Secretary of Housing and Economic Development for the Commonwealth of Massachusetts. Kennealy is responsible for advancing the Baker-Polito Administration’s agenda to create economic opportunity for residents, collaborative leadership in communities, an environment that supports job creation and business growth, and new housing for residents through targeted investments.

Regina Speed-Bost is Founder and Managing Partner of SB Law, PLLC, an energy law boutique founded in 2020 to serve the legal, regulatory and strategy needs of a variety of energy clients. The daughter of two public servants, she began her career at the Federal Energy Regulatory Commission in Washington, DC in large part due to her personal commitment to public service which was nurtured while attending Dartmouth College and Georgetown University Law Center.

Kelsey Woerner Speers is currently the deputy research director at the government ethics organization American Oversight, where she manages a team of researchers who use public records requests to investigate government misconduct. Her work has helped uncover records related to former President Trump's impeachments, pay-to-play foreign policy, domestic extremism, and ongoing efforts to undermine democracy. Before joining American Oversight in 2018, Speers served as a political analyst in the intelligence community for six years. Her work focused on the Middle East as well as global trends in instability and governance.

Benjamin Valentino is a Professor of Government at Dartmouth College and Chair of the Department of Government. His research interests include the causes and consequences of violent conflict and American foreign and security policies. At Dartmouth he teaches courses on international relations, international security, American foreign policy, the causes and prevention of genocide and serves as co-director the Government Department Honors Program.

Sponsored by the Rockefeller Center and the Dickey Center