CANCELED: Antiques and the Comparative Historical Development of the Us Economy

Peter C. Ordeshook Professor of Political Science California Institute of Technology What we might learn about America’s development from the collecting of antiques? 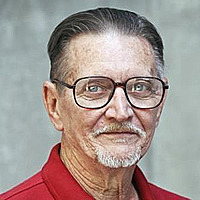 THIS LECTURE HAS BEEN CANCELED!

With a BS from MIT (1964) and PhD (1969) in Political Science from the University of Rochester, Professor Ordeshook’s academic interest for upwards of fifty years has focused, via thirteen authored or edited books and more than one hundred published articles, on the application of mathematical methods to the study of political processes and the design and analysis of political institutions. This interest, then, encompasses such topics and the mathematical modeling of electoral institutions and processes, uncovering the formal axioms of constitutional design and the role of constitutions in political stability, evolutionary game theory, the design of Federal political institutions, and statistical methods for detecting fraud in elections. However, throughout his academic career he has also has as a hobby that that of collecting American antiques. Most recently he has sought to convert this hobby to a more academic pursuit by examining America’s political economic development in the 18th and 19th centuries as reflected by the material residue of that development – the things people collect today under the labels “antiques” and “collectibles”.

Dean Lacy is a Professor of Government and Director of the Program in Politics and Law.

He has written on economic sanctions in international relations, third party candidates, economic voting, referendums and initiatives, and divided government.  His current research includes projects on complexity in public opinion and the relationship between federal spending and elections, including public perceptions of federal spending. Most of his work is based on experiments, quantitative methods, survey research, or game theory.