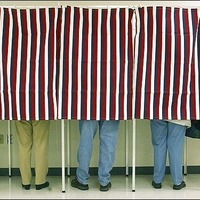 Panel Description:
In 2008, all NH Primary polls predicted that Barack Obama would easily defeat Hillary Clinton … but he didn’t!  History has shown that primary polls are wrong as often as they are right.  This panel explores why it is so difficult to poll in primaries and what observers should really pay attention to when assessing candidate strength. What makes primary elections different from general elections? Why is polling so difficult in primaries? Why is NH so important in determining who will win the nomination?

Panelist Bios:
Ned Helms: Ned Helms, MA, retired in May, 2015 as Director of the NH Institute for Health Policy and Practice at UNH, a position he held since 2001 when he became its founding director. Mr. Helms provided leadership of the Institute by overseeing its continued growth and direction, investigating and pursuing the development of research and demonstration projects, and facilitating collaborative linkages with health and health policy organizations throughout New Hampshire and New England.

Tom Rath: Tom Rath. ’67, first was involved in the NH primary (FITN) in 1964 as a Dartmouth freshman and Nelson Rockefeller,’29, volunteer.

After an excused absence in ’68 for law school, Rath returned to NH and has been deeply involved in each primary since then as an election official, sign holder, state campaign volunteer, senior national advisor and frequent media analyst.

He has worked on the campaigns of Ronald Reagan, George H. W. Bush, Bob Dole, Howard Baker, Lamar Alexander, George W. Bush, Mitt Romney and John Kasich. Rath represented NH on the Republican National Committee for 10 years, serving on the Rules Committee. He has been a delegate to the last 9 GOP National conventions going back to 1984.

He will not be a delegate this cycle.

Rath served in the NH Office of the Attorney General for 8 years as a criminal prosecutor and as the NH Attorney General.  In 1987, he helped found the Concord, NH law firm of Rath, Young & Pignatelli which today has offices throughout New England.

Andrew Smith: Andrew Smith has been Director of the University of New Hampshire Survey Center since 1999 and is Professor of Practice in the UNH Department of Political Science.  He has more than 30 years of experience in academic survey research and is past President of the Association of Academic Survey Research Organizations and is Vice President, President Elect of the New England Chapter of the American Association for Public Opinion Research (NEAAPOR).

His current research focuses on methodological issues in pre-election polling and how that impacts interpretations of survey findings.

Charles Wheelan is Senior Lecturer and Policy Fellow at the Nelson A. Rockefeller Center. He is also affiliated with the Department of Economics and the Department of Education. In addition to his work at Dartmouth, he has spent time as a speechwriter, a correspondent for The Economist, and a Congressional candidate and in other policy-related positions that inform his academic work. His goal is to make important academic ideas understandable to the broadest possible audience and to use these powerful ideas to address real social challenges.