Interactive workshop with Wendy Davis, teaching civic engagement skills to women who will use what they learn to organize, advocate for policy change & increase voter participation 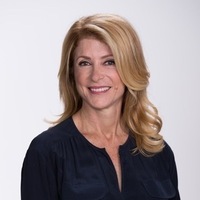 Wendy Davis is the founding director of Deeds Not Words, a non-profit that seeks to empower and activate the voices of young women in public and political discourse. She is a former Texas State Senator, 2014 Texas Democratic Gubernatorial nominee, frequent public speaker and author. Wendy gained national prominence in 2013 when she strapped on a pair of pink sneakers and held a 13-hour filibuster to protect women’s reproductive freedoms in Texas. Her fight ultimately led to a successful and landmark decision in the U.S. Supreme Court, strengthening the landscape for abortion rights throughout the country.

Raised by a single mother with a ninth-grade education, Wendy began working after school at age fourteen to contribute to the family finances. By the time she was nineteen, she was living in a trailer park with a baby daughter and holding down two jobs. Despite those challenges, Wendy became the first person in her family to attend and graduate from college, beginning at community college, ultimately graduating first in her class at TCU and with honors from Harvard Law School.

Wendy spent nine years on the Fort Worth City Council, focusing on neighborhood economic development. She was elected to the Texas state senate in 2008 in an under-dog win. In the senate, she sponsored bills on everything from cancer prevention to payday lending to protecting victims of sexual assault to government transparency. In 2011, she led the fight against a state budget that underfunded public schools by $5 billion, leading the Republican-led senate to strip her of her position on the education committee. It was not the only effort to silence her. She narrowly won her 2012 election only after an almost two-year battle in federal court, where she won a challenge to the Republican gerrymandered redistricting plan that attempted to redraw her district and doom her re-election chances.

In 2016, Wendy founded Deeds Not Words to give women the tools needed to turn their passion into effective action – teaching civic engagement skills to young women who use what they learn to organize, advocate for policy change and increase voter participation.

Wendy is frequently invited to appear on MSNBC and CNN, and contributes regularly to publications such as Time, Cosmo, Teen Vogue, The Hill and many more. In 2014, Davis released her autobiography Forgetting to Be Afraid.

A proud mother of two daughters (Amber and Dru) and two granddaughters (Ellis and Sawyer) Wendy is a tireless and tenacious advocate for women’s reproductive, social and economic equality.

Wendy knows no change comes without walking the walk. From her 13-hour filibuster in the Texas State Senate to her legislative efforts to support the LGBT community, Wendy has pushed for progress. Again and again. And she’s still pushing.