Who Is Vladimir Putin? 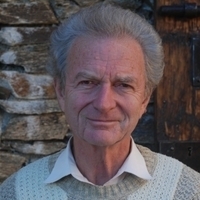 Who Is Vladimir Putin?

Almost 20 years after that question was first posed by a US journalist at Davos in 2000, the answer is still a matter of vigorous disagreement. Is Putin a thug? A murderer? The authentic voice of post-Soviet Russia? A new tsar? Or all of the above? Philip Short discusses the problems of making a balanced appraisal of America's nemesis.

Sponsored by the John Sloan Dickey Center for International Understanding. Free and open to all.

Philip Short was born in Bristol in 1945 and was educated at Sherborne and Queens’ College, Cambridge. He worked for the BBC for 30 years as a foreign correspondent, initially in central Africa and then in Moscow, Beijing, Paris, Tokyo and Washington. In 1997, he spent a year teaching comparative politics at the University of Iowa. He now lives with his wife and daughter in southern France.