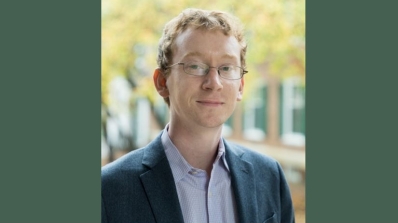 Russia's invasion of Ukraine has unleashed a wave of concern about the global nuclear order. Such worries are understandable. A nuclear-armed state invaded and is trying to conquer its nonnuclear neighbor, threatening to use nuclear weapons to win if necessary. Making matters worse, that neighbor, Ukraine, had agreed not to become a nuclear-armed state, returning the arsenal it inherited from the Soviet Union at the end of the Cold War in exchange for security assurances from Russia, the United Kingdom, and the United States.

Russia's blatant violation of those assurances and its threats to use nuclear weapons to deter outside intervention in Ukraine, according to many analysts, sends a powerful signal to nonnuclear states: get nuclear weapons as fast as you can, lest you become the next Ukraine. As Michael O'Hanlon and Bruce Riedel of the Brookings Institution have argued, if Washington doesn't help Ukraine defend itself and ensure that it remains territorially intact, former U.S. President John F. Kennedy's prediction that the world could see up to 25 nuclear-armed states "may wind up just being premature, not wrong." These concerns are shared by more than just nongovernment experts. At a meeting of parties to the Nuclear Nonproliferation Treaty in August, U.S. Secretary of State Antony Blinken said that Russia's invasion of Ukraine sent "the worst possible message" to any state considering nuclear weapons for its security.

But although Russia's war has created nuclear risks, the risk that it will unleash a wave of nuclear proliferation is lower than many believe. There are good reasons to fear the spread of nuclear weapons and related technologies, particularly among Washington's allies and partners. Some have begun to question the credibility of U.S. security commitments, for instance, and the United States' ability to dissuade these countries from going nuclear by providing (or denying) civil nuclear energy assistance has diminished as Russia and China have become more competitive providers of such technology. Finally, strained relations among great powers have made cooperation on nonproliferation far more difficult. But these challenges predate the crisis in Ukraine. And far from making them worse, the war may actually offer the United States an opportunity to halt or at least ameliorate some of the most worrying proliferation trends.

For the most part, Washington's nonnuclear allies want to remain under the U.S. nuclear umbrella, even if some have pursued so-called hedging strategies that involve developing civil nuclear capabilities that could one day be used for military purposes. Russia's invasion has increased demand for security partnerships with the United States and made some countries wary of Russian civil nuclear assistance, giving Washington even more sway. Taking advantage of this moment will not be easy, and it will require a strong government commitment to revitalizing U.S. civil nuclear exports. But handled properly, the crisis could end up strengthening U.S. nonproliferation efforts rather than igniting a cascade of new weapons states.