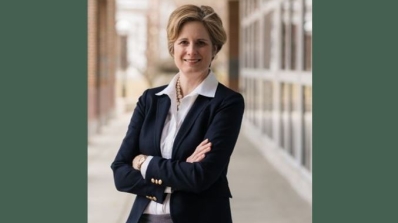 Russia's invasion of Ukraine has amplified fears that the world is teetering back to a Cold War-like era in which the most powerful countries compete for dominance.

That could mean not only Russia exerting control over Eastern Europe but also China imposing itself over East and Southeast Asia — particularly Taiwan.

China has laid claim to Taiwan since the island split off from the mainland in 1949 and has threatened to forcibly reunite the two. It views the issue as a top priority: Days after Russia's invasion, Chinese officials reiterated that they were committed to "resolving the Taiwan question." In a Friday call with President Biden about Russia's invasion, China's leader, Xi Jinping, seemed more concerned about the fate of Taiwan than the war in Ukraine.

China, like Russia, appears to see a void after Western powers pulled back from the world stage, sidelined by internal disputes and the failed U.S. wars in Iraq and Afghanistan. In the West, a Cold War victory had convinced many that a new democratic world order would keep the peace — without realizing how fragile that peace really was.

"People forgot about great power politics," said Jennifer Lind, an expert on East Asia at Dartmouth College. "People had hoped we had transformed international politics, and we didn't."

But Russia's failure so far to overpower Ukraine, and the West's rush to punish and isolate Russia for its invasion, should make great or rising powers skeptical of similar incursions, experts said.