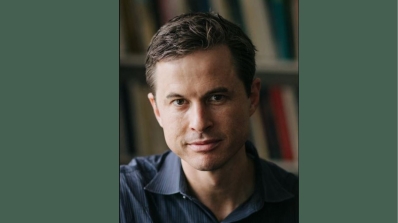 Democrats are struggling to sell Biden's agenda. It isn't the first time, either

Brendan Nyhan, a political scientist at Dartmouth College, said Democrats are repeating a familiar pattern for the party by hoping to pass a massive government overhaul and explain it to voters later.

"I think Democrats should be cautious about assuming that the popularity of these bills will suddenly become known," he said. "The famous phrase from Nancy Pelosi in 2010 was that Democrats had to pass the Affordable Care Act so people could learn what was in it."

Nyhan said that much like Build Back Better, individual policies in the ACA were popular when the bill passed, but not the bill itself. It took about a decade — and threats that Republicans would repeal the legislation — for Democrats to successfully campaign on the law.

That could spell trouble for Democrats' immediate need to defend their majorities in the midterm elections next November.

Nyhan says a lot can change between now and Election Day. A recent NPR/Marist poll found that inflation is the No. 1 economic concern for voters. Those priorities can shift and Nyhan said people typically vote based on their concerns in the moment.

But they also vote based on political affiliation.

"People these days vote very consistently up and down the ticket in a way that means every Democrat is tied to Joe Biden's fortunes," he said. "For better or for worse."

Read or Lsiten to the full article here!