Renewing Trust in Democracy: the Role of Courts 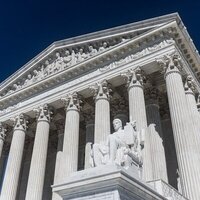 In Person and Livestreamed
All attendees, in-person and livestream, are asked to register.
Sponsored by The Rockefeller Center at Dartmouth College, the Warren B. Rudman Center at the UNH Franklin Pierce School of Law, and the New Hampshire Institute for Civics Education

Join former U.S. Solicitors General Gregory Garre and Neal Katyal in conversation about court advocacy and reform, the role of courts in our democracy, and the landmark cases they have argued – and won – before the Supreme Court. Laura Knoy, former host of New Hampshire Public Radio’s acclaimed call-in news show The Exchange, will moderate this special event.

Gregory G. Garre ’87 served as the 44th Solicitor General of the United States from 2008 – 2009. He is currently a partner at Latham & Watkins, a private law firm in Washington, D.C., where he is Global Chair of the firm’s Supreme Court & Appellate Practice.

Laura Knoy will moderate the event. She is the former host of The Exchange, New Hampshire Public Radio’s acclaimed call-in news program. As host, first executive producer, and co-founder, Ms. Knoy shepherded The Exchange into one of New Hampshire’s most recognized and respected daily news programs.