The Public Option Beyond Healthcare 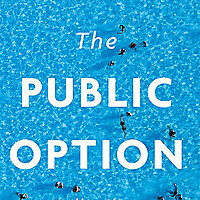 A solution to inequalities wherever we look—in health care, secure retirement, education—is as close as the public library. Or the post office, community pool, or local elementary school. Public options—reasonably priced government-provided services that coexist with private options—are all around us, ready to increase opportunity, expand freedom, and reawaken civic engagement if we will only let them.

Some of the most useful and beloved institutions in American life are public options—yet they are seldom celebrated as such. Far from illustrating the impossibility of effective government services, as their critics claim, public options hold the potential to transform American civic life, offering a wealth of solutions to seemingly intractable problems, from housing shortages to the escalating cost of health care. These government-supported opportunities coexist peaceably alongside private options, ensuring equal access and expanding opportunity for all.

The public option is often attractive because it offers a high-quality service for a reasonable price. As an option, it competes directly with the private market, preserving choice and fostering a form of competition that can be beneficial to both the public and private sectors. Alstott argues that the public option has the potential to transform new spheres of life from college to childcare to retirement to banking.

Professor Alstott is the author of a number of books, including The Public Option (with Ganesh Sitaraman, Harvard University Press, 2019) and A New Deal for Old Age (2016).

Professor Alstott has won five teaching awards, one at Columbia and four at Yale.

Host Bio:
Herschel Nachlis is a Research Assistant Professor in the Department of Government and a Policy Fellow in the Rockefeller Center for Public Policy and the Social Sciences at Dartmouth.

He studies and teaches American politics and public law, focusing on institutions, health, and social policy. His work examines the policymaking capacities of American political institutions and how policymaking and regulatory bodies evolve over time, including with respect to public health provision, pharmaceutical regulation, and mental health care.

He received his Ph.D. and M.A. in Politics and Social Policy from Princeton University, and B.A. in Political Science from Macalester College.