"Conservatives and the Constitution," Ken I. Kersch, Boston College 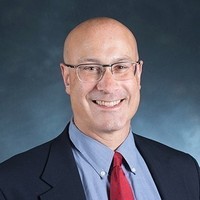 While appeals to “The Founders’ Constitution” have played a major role on the modern Right, the concept has meant different things to different parts of the movement. In the legal world, it has been a theory of interpretation of the constitutional text. In the movement, stories about the betrayal of The Founders’ Constitution and calls for its restoration have been used to unite a fractious political coalition by forging a shared political identity. This lecture will consider the implications of recent moves to merge these once separate wings of the contemporary Right for the future of American law and politics.

Ken I. Kersch is Professor of Political Science at Boston College, and a noted scholar of  American political and constitutional development and American political thought. Kersch’s work has won major awards and fellowships, including the American Political Science Association's Edward S. Corwin Award, the J. David Greenstone Prize from APSA's politics and history section, and the Hughes-Gossett Award from the Supreme Court Historical Society.

Professor Kersch has published many articles, chapters, and reviews in academic, intellectual, and popular journals. He is the author of four books: Conservatives and the Constitution: Imagining Constitutional Restoration in the Heyday of American Liberalism (Cambridge University Press, 2019), The Supreme Court and American Political Development (University Press of Kansas, 2006) (with Ronald Kahn), Constructing Civil Liberties: Discontinuities in the Development of American Constitutional Law (Cambridge University Press, 2004), and Freedom of Speech: Rights and Liberties Under the Law (ABC-Clio, 2003). He is currently writing American Political Thought: An Invitation (Cambridge, UK: Polity), and two additional books on conservative constitutional thought in the postwar U.S.

He received his B.A. from Williams College, his J.D. from Northwestern University, and his Ph.D. in government from Cornell University.