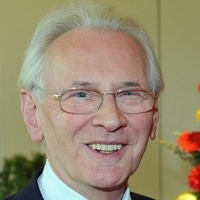 Human dignity has a long history in philosophy and theology. As a constitutional principle it is new. One would not find it in the prototypes of constitutionalism, the American Constitution of 1787 and the French Declaration of Rights of 1789. With one exception (Ireland), it appeared only after World War II and after the atrocities committed by the Stalinist Soviet Union and Nazi Germany. It figured prominently in the Universal Declaration of Human Rights, which, however, lacked legal validity, then in the first article of Germany’s postwar constitution, the Basic Law of 1949. Most countries that had freed themselves from oppressive regimes in the second half of the 20th century adopted it in their new constitutions. Yet, dignity is a difficult legal norm. What exactly does it mean? Is it really a right or just an important principle? Can it be limited in the interest of other rights or does it claim absolute validity? How should courts handle dignity cases? These are some of the questions that will be treated in the lecture.

Dieter Grimm is Professor of Public Law at Humboldt University Berlin and a Permanent Fellow and former Director of the Wissenschaftskolleg zu Berlin, Institute for Advanced Study. From 2001 until last year he taught also at the Yale Law School. From 1987 to 1999 he served as Justice of the Federal Constitutional Court of Germany. Dieter Grimm held visiting professorships among others at Harvard, NYU, the University of Toronto, Peking University, Renmin University Peking, Jiaotong University Shanghai, Seoul National University, Kalkutta National Law School, University La Sapienza Rome. He obtained honorary doctoral degrees from the universities of Toronto, Goettingen, Porto Alegre and Bucarest. He is a member of several academies, among them the American Academy of Arts and Sciences. His recent books in English are Sovereignty (Columbia University Press 2012); Constitutionalism. Past-Present-Future (Oxford University Press 2016); The Constitution of European Democracy, Oxford University Press 2017)

Free and open to the public!