I focus on political institution in the United States and how they affect the behavior of political actors, such as members of Congress overseeing U.S. foreign policy, New Hampshire Primary voters, or presidents deciding whether or not to veto legislation.   In teaching, I emphasize the consequences of observed political behavior and instiutional outcomes  for policy outcomes and democratic governance. 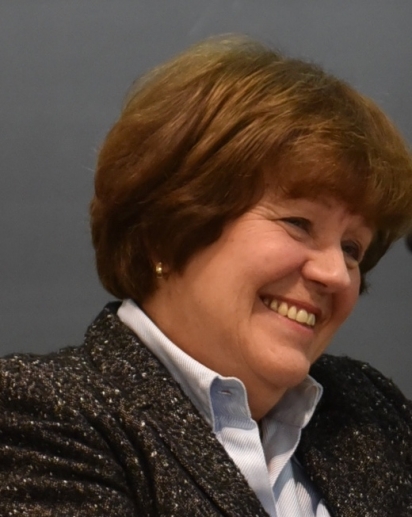 Linda L. Fowler is Professor of Government and Frank J. Reagan Chair in Policy Studies, Emerita, at Dartmouth College, where she continues to teach and conduct research.  She directed the Dartmouth’s Nelson A. Rockefeller Center for Public Policy and Social Sciences from 1995-2004.  Previously, she was Professor of Political Science in the Maxwell School at Syracuse University.   She holds her B.A from Smith College and her MA and PhD from the University of Rochester.  Prior to obtaining her PhD, Fowler worked at the Environmental Protection Agency and for a member of the U.S. House of Representatives.

Fowler specializes in American politics and has published books on congressional elections, including: Political Ambition: Who Decides to Run for Congress (Yale 1989) and Candidates, Congress and the American Democracy (Michigan, 1993).  She has authored numerous journal articles and book chapters on American politics, including articles on presidential primaries.   In 2005-2006, she received a Guggenheim Fellowship to study congressional oversight of defense and foreign policy by the Senate Armed Services and Foreign Relations Committees.  She published the resulting book, Watchdogs on the Hill: The Decline of Congressional Oversight of U. S. Foreign Relations, with Princeton University Press in 2015.  Her current research addresses the phenomenon of veto-proof majorities in a polarized age and the transformation of the House Rules Committee from 1979-2010.

Fowler teaches courses on American politics, most recently a senior research seminar, “Politics and Markets,” and a mid-level course on “Leadership and Political Institutions.”

She has received awards for her teaching at both Syracuse University and Dartmouth College.

Fowler is a frequent commentator on American politics, particularly the NH presidential primary, in various media outlets.  She has testified about term limits before the House Judiciary Committee and served as outside evaluator the Congressional Research Service's orientation program for new members.